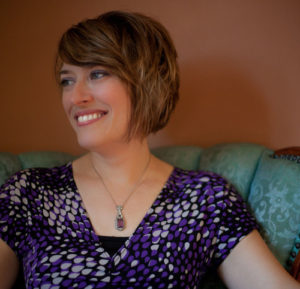 Happy Monday, all! This week I’m excited to share a piece by Ohio-based composer, Elainie Lillios.

I’ve had the privilege of operating the electronics on three separate recitals for her flute and electronics piece, Sleep’s Undulating Tide. The piece is based upon a poem by Margaret Atwood, Variations on the Word Sleep. In addition to playing in the typical manner, the flutist also sings and recites fragments of text taken from the poem. The result is a stunning soundscape that makes uses of both pre-recorded sounds and live-processing.

The Max patch is also beautifully constructed, and it was one of the most intuitive Max interfaces I’ve ever worked with. (For comparison, I performed electronics for a concert where neither I nor the performer were entirely sure what the patch was supposed to do, let alone how it was supposed to be operated. Lillios’s piece was on the same recital, and those two pieces were as different as night-and-day in effectiveness and ease of operation.)

This really is a cool piece, and any flutists interested in expanding into the realm of flute and electronics should consider programming this piece. Without any further ado, here is a video of Lindsey Goodman performing Elainie Lillio’s Sleep’s Undulating Tide.